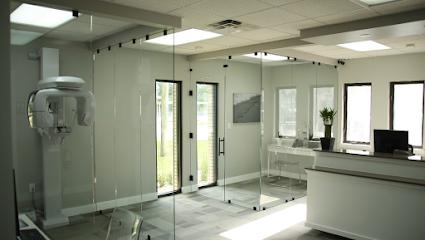 After practicing General Dentistry in South Florida for 8 years, Dr. Simon wanted to narrow his treatment to what he loved best in dentistry. In 2008 he began his Endodontic training at Nova Southeastern University. Upon completion of his residency in 2010, Dr. Simon moved to Tallahassee. Dr. Simon's long history as both a General Dentist and an Endodontist gives him unique insight into every stage of the endodontic and restorative process.

Originally from Canada, Dr. Audrey Hsin earned her Bachelor of Science at the University of Alberta. She went on to receive her Doctor of Dental Surgery from NYU College of Dentistry. During her time as a dental student, Dr. Hsin participated in many dental outreaches in the United States providing pro-bono dental work for underserved areas.

After realizing she had a passion for helping those in pain, she continued to pursue post-doctoral training at the University of Florida where she received her Certificate of Specialty in Endodontics along with a Masters of Science degree. She went on to complete her endodontic board certification in 2016 and is currently one of a select few Diplomates of the American Board of Endodontics. She is also a Fellow of the Royal College of Dentists of Canada. She practiced endodontics in Manhattan for several years prior to landing in Tallahassee. The warm weather in Florida agrees with her!