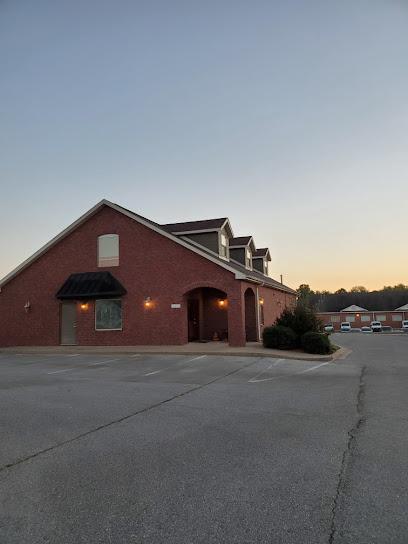 Dr. Phillip Cronin is a cosmetic dentist at River Dental in Springdale, Arkansas. He grew up in Washington and moved to the Arkansas area three years ago. He completed his undergraduate studies at Brigham Young University- Idaho with a degree in Business and a minor in Chemistry. He graduated from dental school in Seattle, Washington at the University of Washington. Dr. Cronin loves getting his patients out of pain and improving their smiles!

Dr. Cronin and his wife, Summer, have three amazing young boys: Cash, Preston and Ace. They love to visit the office! They also have a black cat named Black Jack. Dr. Cronin loves sports, especially soccer and basketball and has found a new interest in learning about football!

Dr. Breck Leach is a Cosmetic Dentist at River Dental in Springdale, Arkansas. He grew up in Page, Arizona, a small city a few minutes away from the Utah border. He received his undergraduate degree from Dixie State University in St. George, Utah, and attended the University of Louisville School of Dental Medicine for dental school. Dr. Leachs favorite part of being a dentist is seeing his patients leave the office pain free after their treatment!

Dr. Leach his wife Morgan have an amazing son named Rhys, and are expecting another little boy in 2020. They also have a yellow lab named Kola! When he isnt in the office, you can find Dr. Leach fishing, spending time outdoors or watching sports. A fun fact about Dr. Leach is that he is fairly fluent in Spanish!

Dr. Megan Fulton is a Cosmetic Dentist at River Dental in Farmington, Arkansas. She grew up in Monette, Arkansas, a small town in the northeast corner of Arkansas near Jonesboro. Dr. Fulton attended the University of Arkansas for her undergraduate studies, and the University of Missouri-kansas for dental school. Her favorite part about being a Dentist is celebrating with her patients when they become confident in their smiles!

Unable to leave her beloved home state, Dr. Fulton currently lives in Fayetteville with her husband and her adorable husky, Pax. When she isnt serving our incredible patients, you can find Dr. Fulton eating cheese dip at a Mexican restaurant, playing with Pax at the dog park or serving in her church. If she could have any super power, she would choose to be able to fly, so that she could avoid traffic on her way to work!

Dr. Paden John is a Cosmetic Dentist at River Dental in Rogers, Arkansas. He grew up in the small town of Huntsville, Missouri, and now resides in Bentonville, Arkansas. He graduated from dental school at Missouri School of Dentistry and Oral Health.

Dr. John loves being a Dentist because every day is different in the office and he loves getting to know his patients! He is a member of the American Dental Association, Academy of General Dentistry, Arkansas State Dental Association, and the Northwest District Dental Society.

Dr. Ryan Ward is a cosmetic dentist at River Dental in Springdale, Arkansas. He called Mount Holly, Arkansas home until he was 15 years old. His family then moved to Magnolia, Arkansas where he attended Southern Arkansas University for his undergraduate studies. After graduating from the University of Tennessee-Memphis College of Dentistry, Dr. Ward lived in Monroe, Louisiana where he worked in private practice for 17 years. Unable to stay away from his home state of Arkansas, Dr. Ward moved to Fayetteville in early 2018 and currently resides there today!

Dr. Ward has a beautiful wife, Tera, and a son Tucker who is 17 years old. Also, a part of their family is their 2 dogs, a Catahoula Cur named CC and a Walker Coonhound named Steve. When he is not in the office, you can find Dr. Ward outside cooking on the grill, bird watching and kayaking with his family!