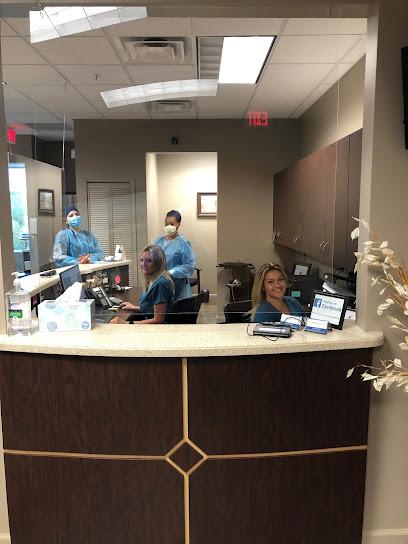 Our experience and expertise allow us to complete innovative procedures using state-of-the-art technology, all in a supportive and compassionate environment. We are the first practice in Orlando to offer 3D Assisted Endodontic Surgery. Its a novel surgical technique that allows for saving teeth previously considered unsalvageable.

Following his graduation from The University of Florida, Dr. Dowling continued his surgical training in Lincoln, Nebraska at The University of Nebraska College of Dentistry and Veterans Administration Hospital. This is where he earned his post-doctoral certificate in Periodontics.

Following his specialty training, Dr. Dowling returned to Orlando and founded the dental specialty group, Dowling and Dowling, PA, with his wife, Dr. Patti Dowling. Their practice specialized in endodontics, periodontics and implant therapy working closely with general dentists and other dental specialists throughout the Central Florida region. Recently, Dr. Alan and Dr. Patti Dowling have brought in a second endodontist associate, Dr. Kunz, to serve their patients. The practice has also recently changed their name to Pinnacle Endodontics, Periodontics, and Implants to reflect the growth and commitment to their patients and fellow dental caregivers.

Dr. Alan Dowling is proud to have cared for tens of thousands of patients over the last 25 years in the Orlando dental community. He has extensive experience in all forms of periodontal surgery and implant therapy to improve the dental health of his patients.

Following her specialty training, Dr. Dowling moved to Orlando with her husband, Dr. Alan Dowling. She was a founding partner in Dowling and Dowling, P.A., a dental specialty group that served all of central Florida. She has recently added an associate endodontist, Dr. Kunz, to the practice. The practice has also recently changed their name to Pinnacle Endodontics, Periodontics, and Implants to reflect the growth and commitment to their patients and fellow dental caregivers.

Dr. Jesse Rosario grew up in Orlando, Florida and graduated from Edgewater High School. His early career began as an Emergency Medical Technician along with his Fire Fighting certification obtained through Seminole Community College (now Seminole State College). Dr. Rosario was a Firefighter serving the city of Ocoee, Florida for over seven years. During this time, he also attended the University of Central Florida and received his B.S. degree in Molecular Biology and Microbiology.

After graduating from the University of Central Florida, Dr. Rosario attended the University of Alabama at Birmingham School of Dentistry, where he received his Doctor of Dental Medicine degree. While there, he received the Excellence in Prosthodontics award for displaying superb skill in diagnosis and clinical treatment. Only one such award is given to each graduating class. With his dental degree in hand, Dr. Rosario returned home to Orlando, Florida and practiced general dentistry. While here, he realized his passion for endodontics and decided to return to the University of Alabama at Birmingham School of Dentistry to receive specialty training and certification in endodontics. Dr. Rosario conducted research comparing the amount of wear caused by various bioceramic sealers on retreatment endodontic rotary files while at the UAB endodontics specialty residency.

When not treating patients, Dr. Rosario enjoys trying to stay fit and healthy, watching Formula 1 races on TV, reading and spending time with his family at the beach. He and his wife very much enjoy trying out new restaurants as well.

Dr. Jason Wong is originally from the Pacific Northwest, growing up in Vancouver, Canada. He has since worked his way across the United States, graduating from the University of California at Berkeley with a B.A. in English, followed by obtaining his D.M.D. from the Tufts University School of Dental Medicine in Boston.

After graduating dental school, Dr. Wong completed a general practice residency at the Long Island Jewish Medical Center in New York, where he developed a passion for periodontics and dental surgery. He then moved to Nashville, Tennessee where Dr. Wong practiced general and implant dentistry before moving to Florida in order to complete a three-year periodontal surgical residency at Nova Southeastern University. While at Nova, Dr. Wong served as the chief resident of the periodontal surgery department. Dr. Wong continues to have ties to NSU and is currently completing research with the University as well as working full time with Pinnacle Endodontics, Periodontics and Implants in Orlando.