Dr. Randal Kimbrough graduated from the University of Tennessee College of Dentistry in December 1979, and started his practice in January 1980. He was an associate of Dr. Eddie Gillespie, who had purchased Dr. Oscar M. Kimbroughs practice in 1974. Dr. Oscar had started his practice in 1951 after serving in WWII. He attended dental school at the University of Missouri Kansas City on the GI Bill, and graduated in 1951. Dr. Oscar was well respected by his patients and other dentists in the community. He was very active in the Methodist church and Kiwanis. He died an untimely death from cancer in 1974. He was 55 years old.

In 1981, after practicing with Dr. Gillespie in his dads old office for a year, Dr. Randy purchased the practice of Dr. Gary Cohen, and moved his practice from Meadow Street to American Street. He built his current office next door to the old one, and moved in in 1991. 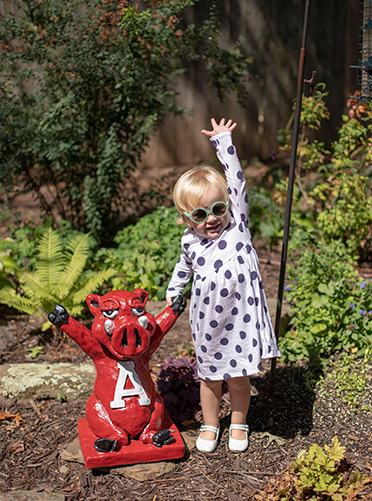 Both doctors enjoy continuing education programs, and believe in the concept of being a perpetual student. The field of dentistry is rapidly expanding and changing. Believe it or not, dentistry is a fascinating profession that can positively impact lives daily. The IDT study club that both doctors attend monthly is a constant source of cutting-edge information and collaboration. Many of the top clinicians in the U.S. and the world have lectured here in NWA, due to this study clubs notoriety. Both doctors are past presidents of the study club.