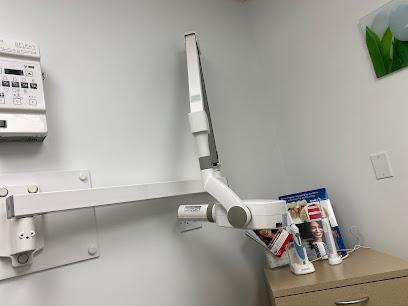 Dr. Iglesias graduated from Nova Southeastern University, Collegue on Dental Medicine. She was born and raised in Venezuela where she completed her undergraduate and graduate studies, obtaining her Dental degree from Universidad Central de Venezuela in 1997.

Later on, Dr. Iglesias moved to Miami, where she completed a year Fellowship program in Orofacial Pain Diagnosis and TMJ disorders in 2004. And an Advanced standing program at Nova Southeastern University, thus allowing her to obtain her license to practice in the United States with a DMD degree, 2009. Upon completion of her studies, she worked for a year as an instructor at the Prosthodontics Department at Nova Southeastern University, 2010. Dr.Iglesias has been working in private practice since then and always looking to learn new things.

Currently, Dr. Iglesias works to offer the best innovative treatments to her patients. No matter what age the patient is, she is open to listen to their needs, concerns and expectations. Dr. Iglesias charisma, patience and techniques make her patients leave with a beautiful smile.

Born in New York City and raised in the island of Puerto Rico brings a blend of Latin and Inner City spark to her personality. She returned to New York as a young adult to pursue her Bachelor in Science from Manhattan College. Soon after, she went back to San Juan, Puerto Rico and worked in American Airlines as it transitioned into the biggest Airline Hub Operation in the Caribbean in the late 1980's.

Her calling for a career as a health care provider was quite latent and palpable during this period of time and after 4 years of world travel and great exposure to the corporate world she returned to her calling and followed her dreams of a career in Dentistry.

In 1994 she completed her dental training and earned her Doctorate Degree in Dental Medicine from Temple University School of Dentistry in Philadelphia, P.A. From there she moved to South Florida to expand her training and knowledge base in a one year hospital base General Practice Residency at Jackson Memorial Hospital in Miami, FL.

Not shy to an adventure she then joined the Unites States Air Force Dental Corps and completed a 4 year active duty tour that took her to Dyess, AFB in Texas. Among her millitary accolades she earned a NATO Medal for her contributions in the Bosnia conflict in 1995-1996.

After separation of active duty status from the U.S Air Force she joined the Reserve component to continue her service and embrace her military career to its fullest as she transitioned into private practice in the West Kendall community in Miami, FL.

Now in her 18 years of tenure as a Lieutenant Coronel and Chief of Dental Services at Homestead, Air Reserve Base she had under her wing the responsibility of the care and readiness of a population of over 1,500 troops. Her military responsibilities called for her to work side by side with colleagues from the African continent to the Mississippi Delta. In private practice Dr. Garcia Castellanos brings to her patients her expertise, desire, and commitment to quality comprehensive dental care with humanity, respect, and current knowledge of cutting edge technology. F

rom restorative dentistry, orthodontics, and oral surgery, to implantology and root canals, rest assure that you will be in good hands and fully engaged in this journey to achieve a healthy and beautiful smile for years to come.

Dr. Eli C. Oppenheimer received his Bachelor of Science degree from Yeshiva University, majoring in Chemistry. He then attended dental school at the University of Florida where he earned his DMD degree.

In 2019, Dr. Oppenheimer became a Diplomate of the American Board of Oral and Maxillofacial Surgeons. This is the highest level of certification possible for an Oral Surgeon and represents that Dr. Oppenheimer has demonstrated a high level of dedication and hard work that is above and beyond standard expectations in his field.

Dr. Oppenheimer is a South Florida native and currently lives in Miami Beach with his wife and family. During his free time he enjoys spending time with family and friends, kite surfing, fishing, and staying fit)