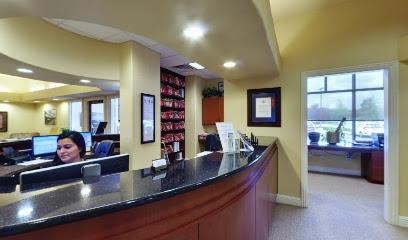 Dr. Duckworth offers years of experience with both state and national recognition in his field. He has served as President of the Arkansas Academy of General Dentistry and has held various officer positions with Arkansas affiliates of the American Dental Association. Currently, Dr. Duckworth serves Arkansas as Past President of the Arkansas Dental Association and is the immediate Past Chairman for the National Academy of General Dentistrys Examinations Council, which authors the AGD Fellowship Exam.

What does MAGDmean? It technically means Mastership Academy GeneralDentistryand in practice it means that Dr. Duckworth has completed the most rigorous continuing dental education with a minimum of 1100 additional continuing education hours, has successfully passed continuing exams, and is a member of good standing of the Academy of General Dentistry. The quick way to say it is that Dr. Duckworth cares about your long term dental health by staying up to date on every aspect of excellence in dental care.In addition Dr. Duckworth lectures and provides clinical supervision for new dentists completing their residency at the University of Arkansas Center for Medical Sciences in Little Rock.

Dr. Duckworth is a graduate of Arkansas State University. While attending ASU, he was active in his fraternity, student government and the Reserve Officers Training Corps, where, upon graduation, he was commissioned as a Second Lieutenant in the United States Army. He then went to New Orleans to attend Louisiana State Universitys School of Dentistry. After a highly competitive residency program, he went on to serve a three-year tour in Germany before returning to the U.S. to enter private practice.