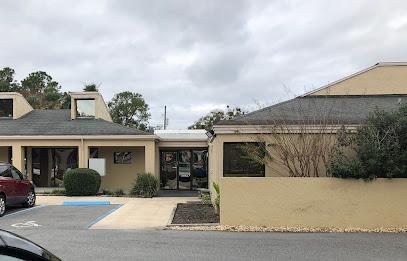 Christopher Kaouk Family & Cosmetic Dentistry opened in July 2018 after Dr. Kaouk acquired the office of Dr. Martin Alpert. Our warm, inviting office has plenty of parking and has been in the same location for over 30 years.

While in dental school, Dr. Kaouk received a prestigious scholarship with the United States Navy through the Health Professions Scholarship Program. Upon graduation, he was commissioned as a Naval Officer in the Dental Corps. During his four years in the military he served as a dentist in multiple locations. Initially, he completed a General Practice Residency (GPR) while stationed at the National Naval Medical Center in Bethesda, MD with a primary focus on Oral surgery and Endodontic procedures. He was then stationed the following three years with the United States Marine Corps in 29 Palms, CA where he honorably resigned in August of 2014.

Dr. Kaouk is grateful for his Navy career because of the valuable experience gained and it is also where he met his wife, Stacy. Since that time, Dr. Kaouk has worked in private practice and is always pursuing ways to improve treatment and comfort for his patients. His compassionate and conservative approach to dentistry enables him to formulate treatment strategies together with his patients.

In his free time, Dr. Kaouk enjoys time spent with his daughter, fitness, and traveling. His treatment philosophy is to treat each patient like he would his own family. He is very happy to be able to forge roots in such a great community and is excited to partner with you for a lifetime of oral health.