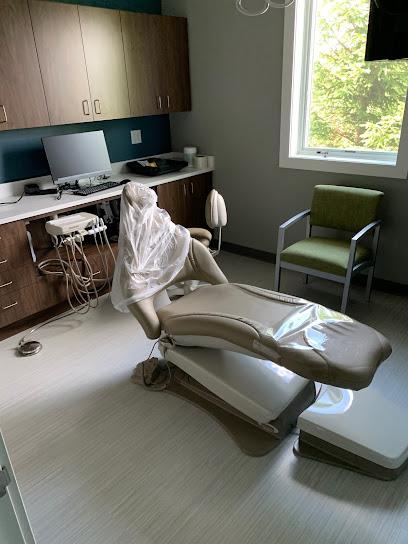 Dr. Mac is a 1979 Graduate of the University of Iowa College of Dentistry. He was born and raised in Clarion, Iowa and moved to Belmond, Iowa shortly after graduating from Dental School where he had a private General Practice there for 22 years.

Dr. Hannah Leuschen to the CVDA family! Dr. Leuschen is originally from Garner, IA but has been practicing in the Cedar Valley for the last 3 years. She attended Central College for her undergraduate where she met her now husband, Jordan, who works with Financial Architects in Cedar Falls. After graduating from Central she moved on to the University of Iowa where she received her DDS.

Dr. Sam Kim joined the CVDA team in May of 2019. He is originally from Daegu South Korea and moved to the United State in 2006 to pursue his college degree. He attended the University of Pittsburgh for his undergraduate degree and received his DDS from the University of Iowa in 2014.

Dr. Keith Mahipala, or Dr. Keith, joined the CVDA team in September of 2019. He is from Plano, Texas and attended Stephen F. Austin State Univeristy for his undergraduate degree. Dr. Keith attended Baylor College of Dentistry for his DDS and then made his way to Fairbanks Alaska where he practiced at the Tanana Chiefs Conference before joining CVDA.

Dr. Josh Hones,or 'Dr. Josh' joined the CVDA team in June of 2021. He is originally from Pella, IA. He attended Wartburg College in Waverly for his undergraduate degree and received his DDS from the University of Iowa in 2019. In 2019 Dr. Josh returned to his hometown to work at Recker Dental Care in Pella before deciding to make the trek up to the Cedar Valley. Dr. Josh and his wife Megan enjoy spending time outdoors, bike riding and travelling.